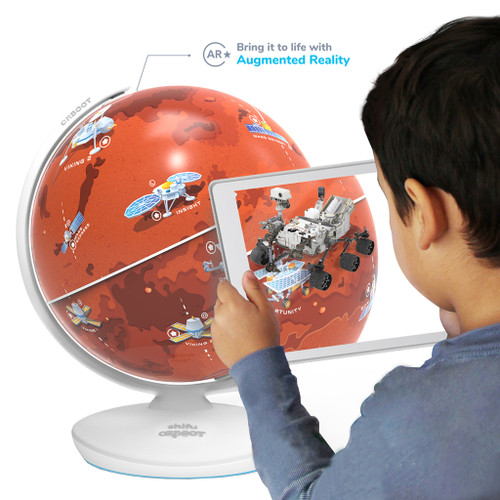 Shifu Orboot is an interactive globe that comes alive with the magic of AR. This interactive AR globe uncovers the secrets of the red planet.

Shown with tablet, not included.