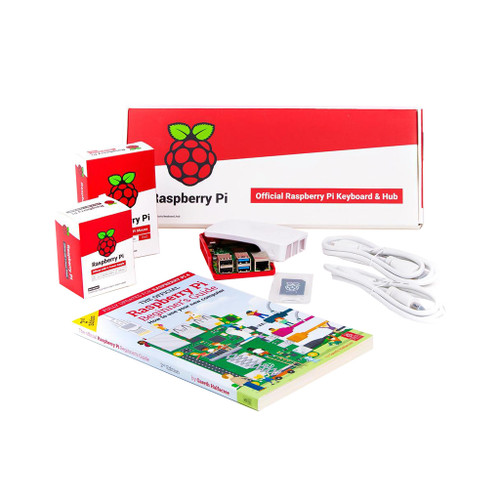 This kit includes everything you need to get started using the Raspberry Pi, including a keyboard and mouse. Just connect it to one or two HDMI displays.

This ultra-small, affordable computer costs less than most video games, but can be used to learn coding, build robots, and create all kinds of weird and wonderful projects. The Raspberry Pi is capable of doing all the things you’d expect from a computer – everything from browsing the internet and playing games, to watching movies and listening to music. But the Raspberry Pi is much more than a modern computer.

With a Raspberry Pi you can get into the heart of a computer. You get to set up your own operating system, and can connect wires and circuits directly to the pins on its board. It was designed to teach young people how to program in languages like Scratch and Python, and all the major programming languages are included with the official operating system. The world needs programmers more than ever, and the Raspberry Pi has ignited a love of computer science and technology in a new generation.