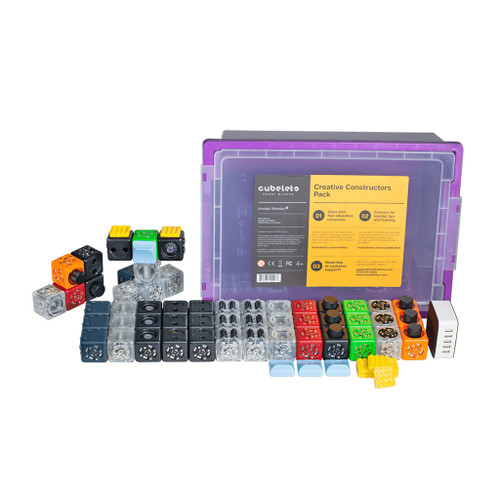 Support students on their journey through robotics and computational thinking. Creative Constructors is designed for all skill levels. Start with basic-building, then use the Bluetooth® Hat to connect with Cubelets apps for coding, data analysis, and more. Designed to support four student groups.

Cubelets make the principles of programming easy to learn and practice. Inside of each block is a part of a program – as you build your robot you build the code that controls its behavior. It’s hands-on coding!

Connect at least one SENSE, THINK, and ACT Cubelet to create a robot construction.

Cubelets’ magnetic faces make them simple to snap together and pull apart. Each Cubelet has a special function. What you connect, and how you connect them changes the behavior of your robot constructions. Every combination is a new creation.